What do you get when you take two tour boats and close to 200 geeks out on a dinner cruise?

Mike is on a speaking circuit of technology conferences.  He does not get paid in cash but in free conference tickets, sometimes hotel, sometimes air fare, and always FOOD.  At every conference there is a "speakers dinner" that the organizers host so that the speakers get a little time to pick each others brains about all things techo and geeky.  Most of the same guys go from conference to conference and become friends too.

NDC is the first conference that I know of that includes spouses to join the dinner.  I heard rumors about the dinner cruise but I was not sure if it was the speakers dinner or just a tourist outing so I did not get too excited.

It was a Speakers Dinner!

So after walking for what seemed like12 miles we saw the port.  We had the choice of boats we wanted to be on so we choose the one that was not filling up so fast.  These are double decker tour boats and I wanted to be top side to get the best photos. 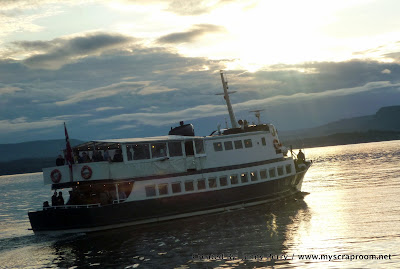 (Above is a photos of the sister tour boat with many of Mikes friends onboard.)

So we walk onboard and the first thing that is given to us is a glass of Champagne.
It is going to be a good night. 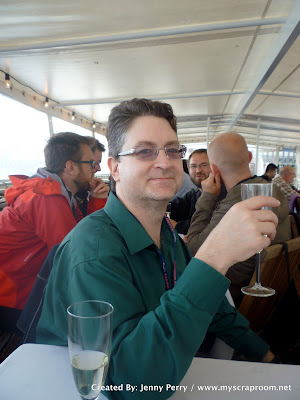 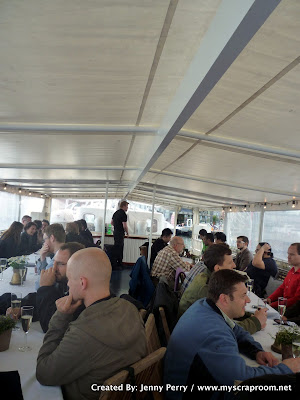 (a boat full of men just waiting for the shrimp feast)

We sailed for about 45 minutes with free flowing drinks, blankets, and very excited men who know what is about to happen and are ready for all you can eat shrimp.  I was all for the shrimp tour because shrimp the only seafood I will touch.

I was excited until I saw the shrimp.... 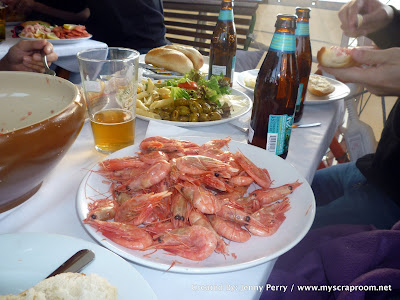 Here let me give you a closer look. 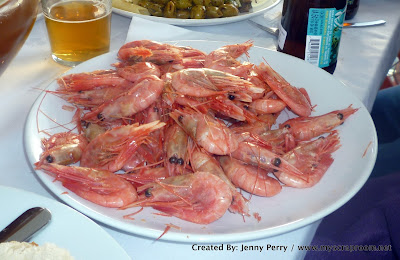 Um, those shrimp still look like shrimp.
I like to pretend that my shrimp just come in the frozen section of the grocery store all ready for me to make.  But I was still game.

Dinner was served, here is the menu

The way to eat is to take your bread and slice it in half.   Slather mayo on the bread.  Squeeze lemon on the bread / mayo.  Pile on the shrimp, add the salad greens and gorge.  A little olives and pasta salad on the side.

I had a feeling Mike already knew what I was going to do when I saw my plate.
It was salad greens and french bread.  That is it!

Mike tried make the shrimp look more like a shrimp from home,

He handed me the naked shrimp for me to try. I did try it but as I was eating it my stomach said

Then my tummy lurched.
I was done trying to eat the shrimp and my salad plate looked really good.

So I had to sit there for almost an hour while the entire boat made mounds of shrimp body parts and ate like there was no tomorrow.  They ate like they have never had shrimp before!  I am not kidding.

After the shrimp slaughter it was time to take photos of the beautiful Fjord. 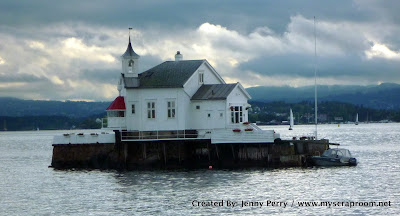 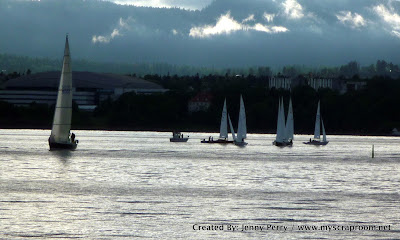 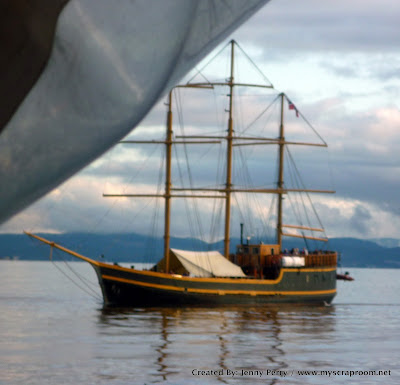 As the cruise went on and people started to settle down we noticed that it was getting really cold on the boat.  The sun was going down, it was after all about 10:30pm so Mike took our last drink tickets and came back with spiked coffee.

Everyone else noticed what Mike did and made a bee line back to the bar.

It was a funny sight to see.

One of the organizers noticed that I was on board and asked if I wanted a guest conference badge for the next day.  I jumped on the chance - Now I will get do see Mike speak.

Stayed tuned to see photos of the Norway Royal Palace.
Posted by Jennifer Perry - My Scraproom at 8:00 AM

Email ThisBlogThis!Share to TwitterShare to FacebookShare to Pinterest
Labels: Travel with Mike